Money offerings is called Saisen in Japanese at shrines or temples :
Saisen are money of offeribgs to give thanks in advance for the fulfiling of one’s prayer. At sheines and temples , you will seea big squre wooden box in front of a main hall. The box is called Saisenbako in Japanese . Before the praying ,pilgrim is supposed to toss money in thr box , however much they like .

Saidenbako is this one below; 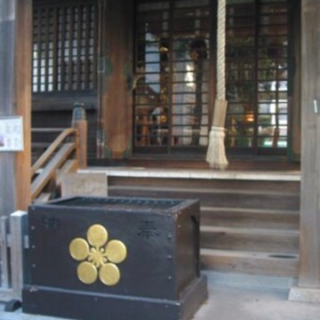