Bunraku, also called Ningyo Joruri, is traditional Japanese puppet theater. Dolls act out a chanted dramatic narrative called Jorui to the accompaniment of a three-stringed Japanese lute.Since a Bunraku doll’s height is about 150 centimeters tall,it has to be manipulated by three puppeteers. The chief handler, who wears a created Jimono and Japanese male skirts, operates the head and right hand and moves the eyes, eyebrows, lips and fingers. Two helpers, dressed and hooded in black to make themselves invisible, handle the left hand , the legs and feet . Bunraku was developed in the 18th century like Kabuki. During this period, many great plays were written by a famous Joruri writer named Chikamatsu Monzaemon(1653-1724) 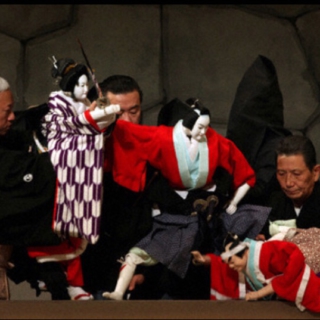 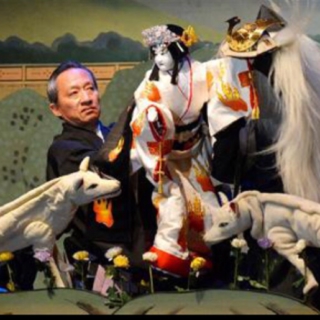