Female role actors that is Onnagata /Oyama in Japanese. Kabuki was originated by a female dancer named Okuni, who had been an attendant at the Izumo Shrine in the 17th century. Her performances enjoyed popularity among common people . But later, female Kabuki performances were prohibited because woman’s acting in public was considered to be morally roles. Those male actors who specialize in female roles are called Onnagata. It literally means the shape of form of a woman. 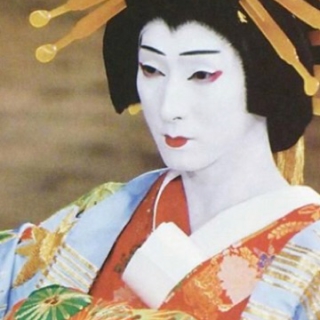