Guardian deities of children that is called Jizo in Japanese.

Jizo is a stone of a Buddhist saint whose name is Kstigarbha in Sanskrit. He is known as the guardian deity of children. The stance commonly holds a sacred gem in its left hand and a tin stick in its

right . When a child dies, it is customary to pile up pebbles in front of a statue. It is believed by doing this that he will take over the burden of the child in the after world. You can see Jizo along roads or in graveyards thorough out Japan . 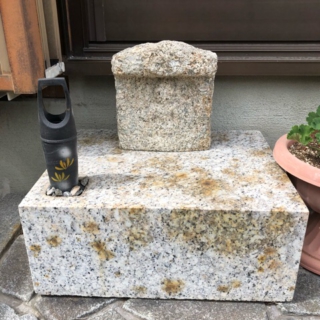