Noh is Japan’s oldest form of musical dance-drama,originating in the 14th century. Noh is completely different from Western style musicals. The Boh actors wear rich, heavy,ancient costumes and masks. They express emotions only through dancing and gestures. The narration and the spoke lines are chanted by a chorus of 8 to 10 singers.Accompaniment is provided by traditional instruments such as drums (Tsuzumi and Taiko)and flutes (Nokan). Noh is originally known as Sarugaku(originally called Sagaku) or funny parodies .It was brought from China to Japan around the beginning of the 8th century. It gradually become a more subtle and profound story telling art form. In the 14th century , a father and son combination named Kanami(1333-84) and Zeami (1363?-1433?) established the stylized tradition known today as Noh. While kabuki was for the common people, Noh was a ceremonial drama performed on common people , Noh was a ceremonial drama performed on auspices occasions for the water class. 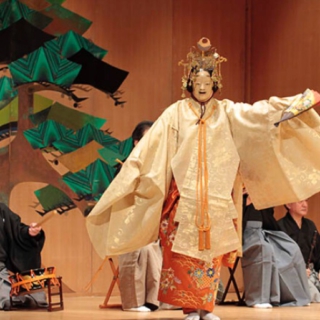 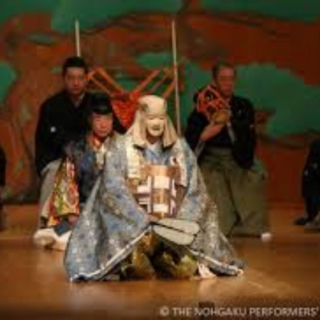