Oni is Known as a kind of imaginary monster and a symbol of evil. The existence of Oni is very similar to that of ogres, devils or trolls in English. Oni are gigantic human figures with two horns growing on their heads. They wear only tiger-skin loincloths on their muscular bodies and carry iron clubs. They often appear in Japanese folklore, legends and proverbs. Oni also play an important role in various annual events and festivals. For instance, on the day of beanscatting in February, we throw roasted beans

to drive these Oni out from the house while shouting “Oni wa Soto! Which means” Evil out” 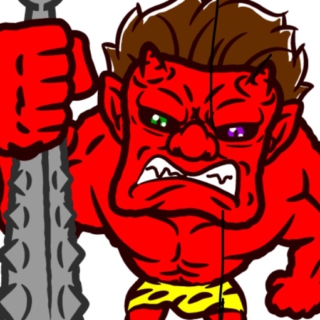