I walked to see the arch of cherry blossom when I went to the Kamigamo shrine on the way. this arch is very very famous in Kyoto Japan. 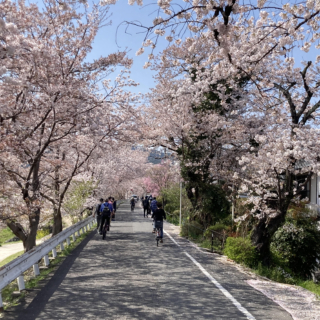 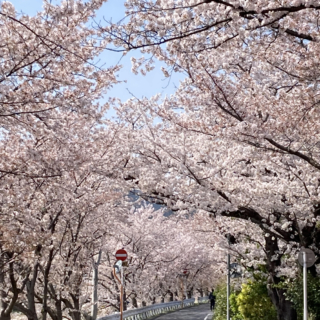 Kamo river is also very famous in Kyoto Japan along side with the arch. 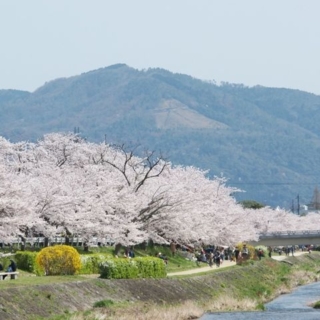 After you passed the arch, passed, you can see the Kamigamo shrine.

There are a lot of beautiful cherry blossoms in the Kamigamo shrine. 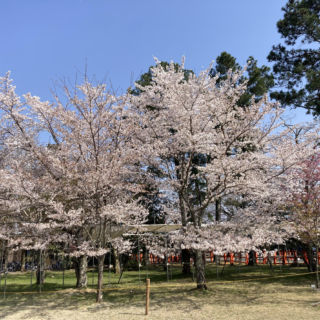 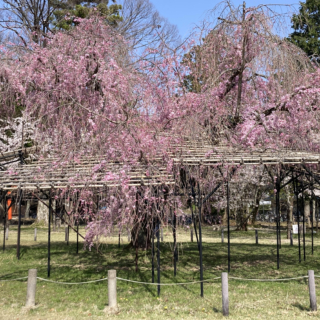 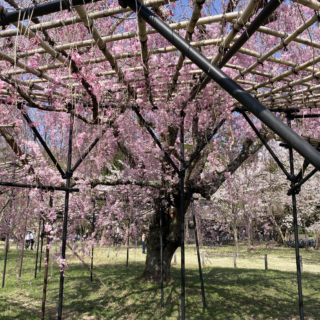 Kamo-wake-ikazuchi-Jinja in the Kita Ward of Kyoto is the oldest Shinto shrine in the ancient city. Since prehistoric times Kamigamo-jinja has preserved and transmitted the legends relating to the birth of the shrine deity, Wakeikazuchi.
Ancient rituals which transmit the faith in the divine mountains, Kamo Sai also known as Aoi Matsuri which started during the reign of Emperor Kinmei in 544, and the shrine buildings retaining the style of the early Heian Period, all convey the history of the province of Yamashiro (southern Kyoto Prefecture).
Most of the shrine complex (totaling 690,000m2) has been designated as a Preservation Area of Historic Landscape by the municipal government and as a Historic Site by the national government. The area contains many large trees such as ichii oaks, Suda chinquapins, and weeping cherry trees.
Here, nature and cultural properties coexist in harmony. On December 17, 1994, Kamigamo-jinja was officially registered as a World Cultural Heritage Site in recognition of its importance as a monument of ancient Kyoto.
Kyoto, The capital of Japan, called Heiankyo, was established in 794. Kamo-wake-ikazuchi-Jinja, Kamo Mioyajinja, Toji Temple, Kiyomizu Temple, and Enryakuji Temple first appeared in the new capital during this time.
Kyoto is known worldwide as a treasure house of cultural properties, including National Treasures, Special Historic Sites, and Special Places of Scenic Beauty which represent each period of the city’s 1200-year history from its establishment at the beginning of the Heian Period. In fact, Kyoto possesses the largest concentration of cultural properties in Japan. 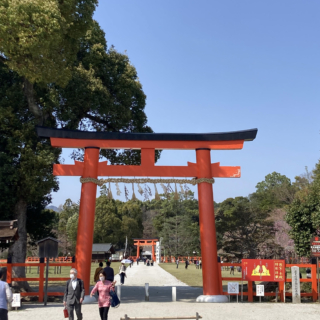 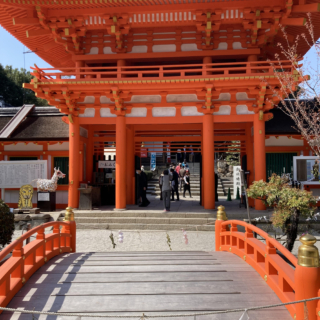 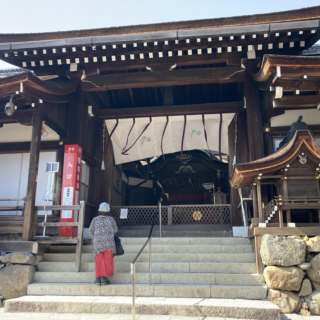 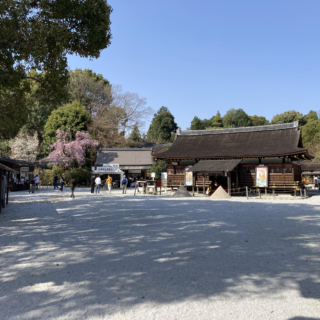 I saw people who wore Yukata, Samue, and kimono here.

Why don’t you wear them and come here? 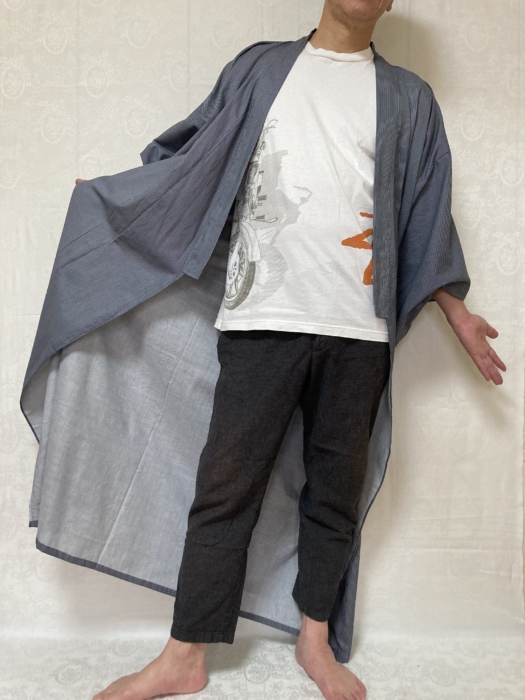 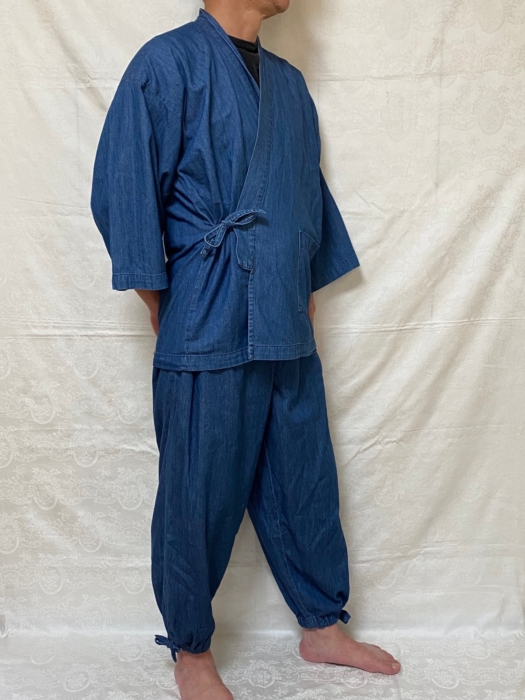 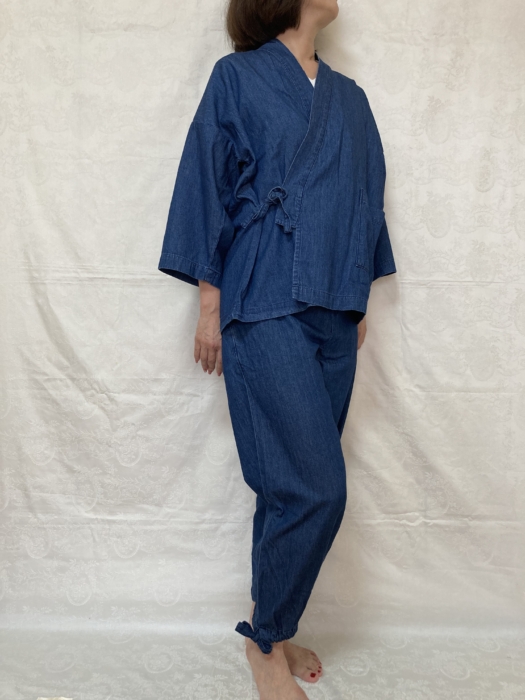 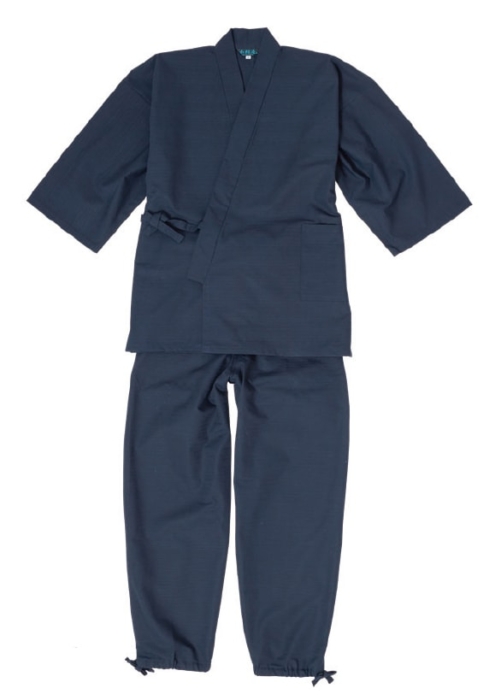